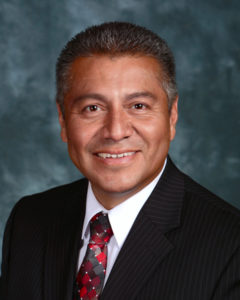 J. Carlos Real is an experienced attorney with Byrd Campbell P.A.’s Orlando office, where he represents individuals and businesses in corporate, banking, financial, and commercial matters. He has practiced in state and federal courts throughout Florida and New York, as well as before arbitration panels under the auspices of the New York Stock Exchange, the American Arbitration Association (“AAA”), JAMS and the Financial Industry Regulatory Authority (FINRA).

Carlos began his career at the international law firm of Baker & McKenzie as an Associate in its New York office. In 2004, Carlos moved to Florida with his family and joined the Orlando office of Greenberg Traurig, LLP, where his law practice concentrated on defending financial institutions, corporations, and brokerage firms.

In February 2010, Carlos decided to apply the knowledge and vast experience he gained while defending various institutions toward representing individuals and businesses that have been injured. With that purpose in mind, he joined and helped start the Business Trial Group of Morgan & Morgan, P.A.

Prior to joining Byrd Campbell P.A., Carlos practiced as a business litigator and was a partner at the law firm of South Milhausen, P.A. in Orlando.