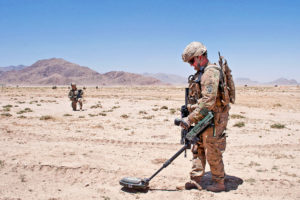 Lawsuits can be a monster distraction, a waste of resources, and threat to the existence of a business.  Yet, almost inexplicably, businesses often engage in conduct, which is guaranteed to get them sued.

Bear in mind that the lawyers representing plaintiffs who are contemplating suing, look at several factors before recommending that their client sue. First, and most importantly, they consider the facts. Second, they consider the cost of litigation, and the return to be realized from a lawsuit.  At some point, very early in the analysis, they consider the legal theory for a claim, generally known as the “cause of action,” to justify the lawsuit.  Does the fact pattern fit within the theory of a legally-cognizable claim?

There are five such acts, easily identified, which, if taken, are (almost) guaranteed to get a business sued. Know what they are, so you can remain lawsuit free and out of the courtroom. There’s too much money to be made legitimately without breaking the law or violating another’s rights by committing these improper acts.

Here are the five things—the legal land mines—to step around:

It has been said, “Words have meaning, names have power.”  The same holds for images and marks.  In this age of Uber brand awareness, particularly with social media where searches are keyword driven, how we identify ourselves with words, marks, and images means everything.  Too often businesses cross the line when it comes to how they portray themselves and infringe upon the property rights of others.  For example, using a competitor’s trademark or trade name in your metadata could be considered infringement under federal law.  The point is this:  be careful whenever using or referring to another’s trademark or trade name. Nothing stokes the fire of a competitor more than learning its “name” is being used—in vain or for gain.

What do you do about the employee who comes in bearing bad news about something your company supposedly is doing that runs afoul or some law, rule, or regulation, and insists you must immediately commence self-correction or self-report measures . . . and threatens to do so, if you don’t?  You know the type, the traditional “sky is falling” type, who seems to take delight in sharing news of gloom and doom. Your instinct is to “shoot the messenger” . . . but wait, there could legal consequences.  All types of state and federal laws make it illegal and actionable to take actions against employees who threaten to “out” the company.

Everyone has heard of this scheme, yet it persists.  Trying to avoid the tax liability, employees’ benefits, worker’s compensation, and general responsibility inherent in the employer-employee relationship, by mischaracterizing an “employee” as an “independent contractor” is a big no-no.  Do so, and you get sued, if not outright indicted.   The issue really comes down to one of “control.” According to the IRS anyway, if you have the right to direct what and how a job will be done, as opposed to directing only the result of the work, the person should be treated as an employee, and not an independent contractor.  Telling the person, what, when, where, and how to do a job probably makes them an employee.   It is how you interact with the person, not what you call them, which answers the question; employee or independent contractor?

Lying in a transaction almost never ends well.  People try to explain away lies, calling them “white lies” (as if there is a difference), puffing, sizzle, sales pitch, or simply the “rules of the business jungle.”  Yet, when a business is less than candid, and the deal does not turn out as the other party anticipated, rest assured the disappointed party will look at what you said to find misrepresentations and holes in your story.  Caveat emptor (Buyer Beware!) provides little protection when someone fails to tell the truth, the whole truth, and nothing but the truth.

At Byrd Campbell, we have seen far too many of these mistakes made.  These “legal land mines” are easy to avoid when you know where they lay. 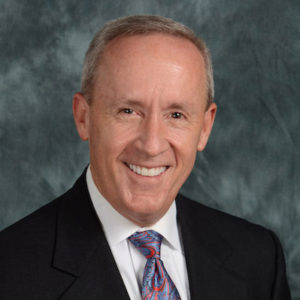