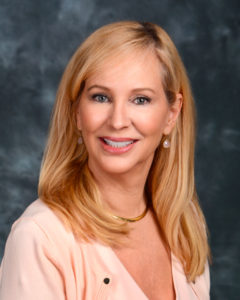 Robin L. Uricchio maintains a general business and real estate practice with emphasis on commercial real estate transactions and general business and transactional law, including corporate and partnership matters, acquisition, development, financing, disposition and leasing of commercial properties, community association law and condominium development, litigation, including business torts and contract disputes.  Ms. Uricchio practice includes all phases of commercial real estate development including acquisitions, leasing on behalf of landlords and tenants, sale of single tenant net lease properties throughout the country, lease negotiation, acquisitions and sale leasebacks and other commercial matters. Her representations include representing developers and owners and advising on all aspects of commercial transactions, including drafting and negotiation of terms for purchase and sale; reviewing loan documents and interfacing with lenders; drafting and reviewing construction contracts, long term leases; reviewing title, addressing construction disputes, land use concerns and acting as title agent and handling all aspects of the Closing for Florida matters.

A former Equity Partner at the law firm of Holland & Knight LLP, she has previous experience in the representation of clients in a variety of industries, including real estate developers, pharmaceutical and biotechnology companies; companies involved in the development, manufacture, and sale of technology and equipment; product licensing arrangements; medical clinics and practices, and various other service providers. Her pro bono legal service includes civil rights litigation (Rosewood Claims bill) and advocacy for underprivileged including challenges to unauthorized testing, lead paint litigation and housing discrimination. Prior to Holland & Knight LLP, Ms. Uricchio practiced law in Louisville, Kentucky with the law firm of Greenebaum, Doll & McDonald.

Ms. Uricchio has served on the Special Committee for Gender Equality in the Workplace after appointment by the president of the Florida Bar (2000).  She was also appointed by the Florida Supreme Court to serve as a member and chairman of the Ninth Judicial Circuit Grievance Committee.  Ms. Uricchio is a past recipient of the Chesterfield Smith Fellowship award.  She is a prior barrister with the First Central Florida American Inn of Court #123 and member of the  Central Florida Association of Women Lawyers.

Robin Uricchio has received the highest rating (AV) for professional competence and ethics awarded by Martindale-Hubbell, and is consistently recognized by his peers for his professional legal prowess.