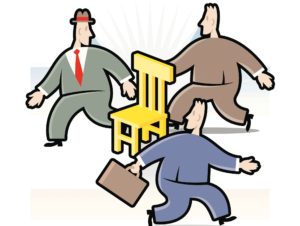 The booming market does not mean all that glitters is gold.   According to the SEC anyway, one such trap for the unwary may have been the real estate investment empire created by Robert Shapiro and the Woodbridge Group of Companies.  In a recent lawsuit [SEC Complaint] filed against Shapiro and his 275 LLCs, the SEC alleges he led a massive “Ponzi” scheme, bilking 8,400 investors, many of them seniors, out of more than $1.22 billion through fraudulent unregistered securities offerings, which used new investor money to repay existing investors, to fund commissions to sales agents, and for his own personal enjoyment.

The alleged scheme utilized two primary types of securities: (1) a twelve to eighteen month term promissory note bearing 5-10% interest that Woodbridge described as First Position Commercial Mortgages; and (2) seven different placement fund offerings with five-year terms.   The investments, says the SEC, were to fund short term “hard money” loans purportedly to third party commercial property owners at handsome rates of 11-15%.   However, the owners turned out to be affiliated with Woodbridge and Shapiro with no source of income or bank accounts. The loans, if ever made, were not repaid.  Sales representatives inside Woodbridge and external sales agents pushed these financial products, falsely selling them as “safe and “secure.”  Although touted as “conservative” investments, the Woodbridge securities have been called an outright sham by the SEC.

In a classic “Ponzi” scheme, to continue attracting capital flow into the enterprise, the promoter promises flowery returns, but delivers on those promises, not through investments made with its invested capital, but by repaying earlier investors with later investors’ money.

To complicate the situation, the Woodbridge companies have filed for Chapter 11 bankruptcy, and now a battle rages between the SEC and Woodbridge as to whether a receiver should oversee the affairs of Woodbridge, or the companies should be reorganized under the auspices of the Bankruptcy Court.

The SEC is not the only one taking issue with Woodbridge and Shapiro.  Investors are starting to pursue claims as well.  And the alleged perpetrators may not be the only targets, as financial advisors, selling agents, brokers, and other financial firms could be targeted for substantially assisting, aiding and abetting, or negligently advising investors to invest.

“This type scenario represents the dark side to any booming economy,” said Tucker H. Byrd, a Florida securities trial lawyer with Byrd Campbell, P.A.  “The economy is doing great, but with everyone jumping into the market, the pressure is on the capital firms to deliver robust results.  High returns of the type promised here should be commensurate with taking on a higher degree of risk.  But in an up market, investors start to expect higher returns, regardless of risk, well, just because.  Selling securities into that type of market hype becomes easy.  But selling Woodbridge securities with the returns promised here—if marketed as safe and secure—would have been pure fantasy,” observed Byrd.

The looming crisis surrounding Woodbridge creates a dilemma for investors.  They can sit back and wait to see what others make happen.  Or they can take steps to protect their own interests.

A ‘Ponzi’ scheme is like a game of musical chairs. Everything is great until the music stops, and then everyone tries to grab a chair, but there are not enough chairs to go around.  Someone gets left out.  Now that the SEC has struck, and with the Bankruptcy Court involved, the investor world is coming to grips with what happened and realizing there can only be so many chairs to go around.  Investors should really act—now.  Those who sold, brokered, or advised investors on Woodbridge investments have every reason to be concerned of an investor backlash.  — Tucker H. Byrd

Byrd Campbell, P.A. is following the developments closely, and welcomes inquiries from any investors who may have concerns about their investment with Woodbridge.