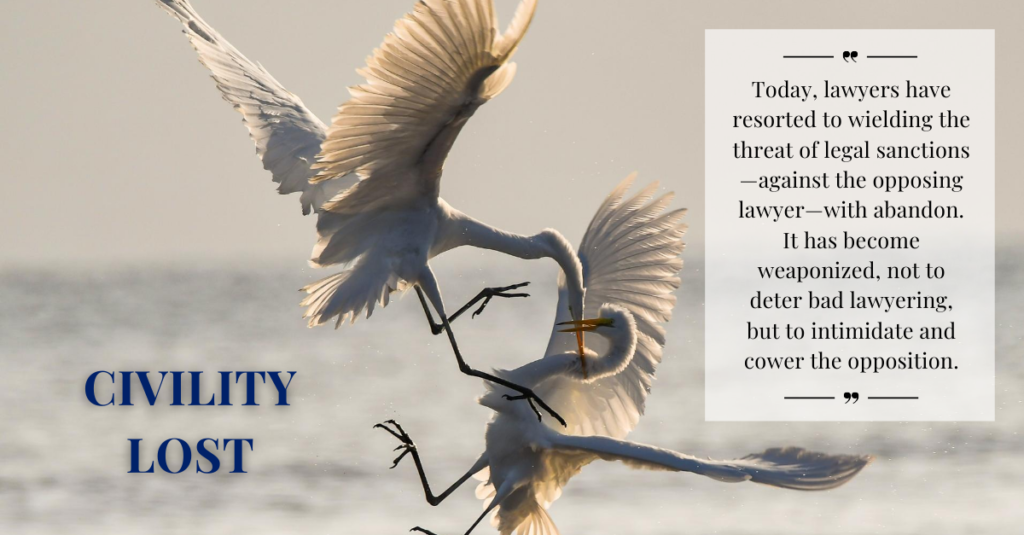 Every trial lawyer worth their salt has emblazoned on their heart the ethical mandate to be a “zealous” advocate for their client.  This does not mean “win at all costs,” or knowingly taking false or fraudulent positions.  It also does not mean making arguments not reasonably supported by the law, or at least modification, extension, or even reversal of the law.  Indeed, the oath now taken to become a lawyer in Florida exemplifies this commitment to the lawyer’s being self-truthful, even in the contentious world of litigation, with these profound words:

“I will not counsel or maintain any suit or proceedings which shall appear to me to be unjust, nor any defense except such as I believe to be honestly debatable under the law of the land;

“I will employ for the purpose of maintaining the causes confided to me such means only as are consistent with truth and honor, and will never seek to mislead the judge or jury by any artifice or false statement of fact or law”

Yet in the cauldron of litigation where litigators are duty-sworn to play fair and, if anything, lawyers have been accused of being too chummy with their adversaries, an unsettling trend has emerged.  More than ever before, lawyers are threatening opposing lawyers with personal legal sanctions, accusing them of bringing or maintaining so-called “frivolous” claims or defenses.

In days past, challenging the professional integrity of a fellow lawyer was not the norm.  As the saying goes, “But by the grace of God, there go we all,” which described well the sometimes-challenging balance of being a zealous advocate when handling a case with problematic facts or unfavorable legal precedent. Today, though, lawyers have resorted to wielding the threat of legal sanctions—against the opposing lawyer—with abandon.  It has become weaponized, not to deter bad lawyering, but to intimidate and cower the opposition.

State and federal courts have long had procedural mechanisms with attendant remedies to ferret out and punish frivolous actions by clients and lawyers.  The Florida Statutes in Section 57.105 sets forth the criteria to impose a sanction when:

[T]he court finds that the losing party or the losing party’s attorney knew or should have known that a claim or defense when initially presented to the court or any time before trial:

Sanctions awarded shall be allocated “in equal amounts” to the losing party and their attorney, but significant exemptions exist for the client and lawyer.  The lawyer cannot be sanctioned for making a good faith argument to extend, modify, or even reverse existing law as applied to the facts at hand.  Moreover, lawyers are exempt if they “acted in good faith, based on the representations of his or her client as to the existence of those material facts.”  In other words, if the client lies to the lawyer, the honest but deceived lawyer cannot be punished.

Likewise, the client avoids the sanction—which means the lawyer bears the brunt of the sanction—for arguing the application of law to the facts. 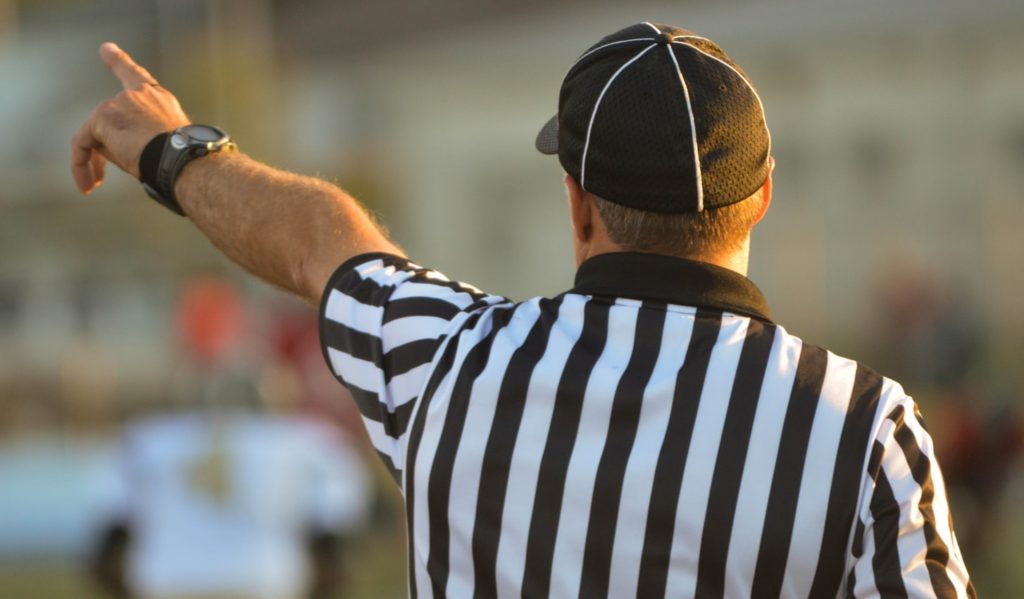 The federal analog for sanctioning frivolous claims or defenses can be found in Federal Rule of Civil Procedure 11.  Rule 11 generally prohibits claims and defenses intended to harass or cause unnecessary delay, those not supported by existing law or a good faith basis to modify, extend, or reverse existing law, and those based upon factual assertions lacking evidentiary support. Sanctions, when granted, are meted equally to the lawyer and client absent “exceptional circumstances.”  Like the state counterpart, the honest lawyer escapes sanctions for the actions of lying clients, and the client escapes sanctions for bad legal arguing.

Both the state and federal sanctions rules allow for a “safe harbor” warning to the opponent before seeking the sanction, but that warning presents as many problems as it solves, since the threatening party may intimidate the other side to withdraw from making a factual or legal argument out of fear of being accused of taking it too far.  Zealousness may give way to conflict avoidance.  Of course, the party threatened with the sanction never knows if the argument went too far until the end of the case, but by then, it would be too late for the threatened side.

Too often trial lawyers hear their opposing counsel say something like this, “I rarely threaten a frivolous sanctions motion, but this is that rare occasion.”  What once was rare, now has become standard litigation procedure.  But this tactic could have its own negative consequences for the accuser’s lawyer. 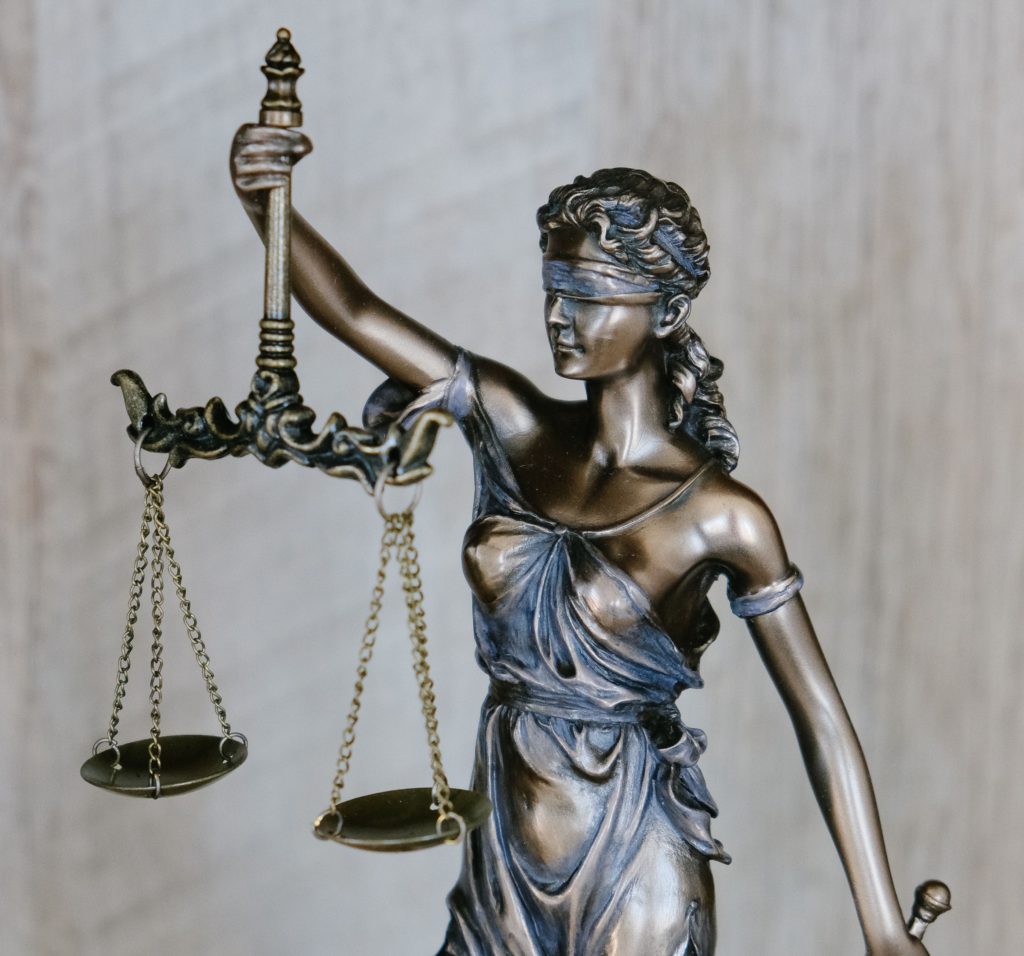 The lack of “civility” in civil courts presents the ultimate paradox.  The civil has now become the profane. One school of thought attributes this to the lack of actual trials in which the lawyers must look each other in the eye before accusing their colleague of bad behavior.  Instead, they hurl incendiary accusations with threats of sanctions and punitive damages through impersonal emails.   Whatever the reasons, tools such as Section 57.105 and Rule 11, although needed, even laudable, to help police this honorable profession, have become weapons, almost of sport, in the effort to win, even if by intimidation.