Skip to content
Home/News/The End of Financial Firm Detente: Is the Broker Protocol Collapsing?
Previous Next

The End of Financial Firm Detente: Is the Broker Protocol Collapsing? 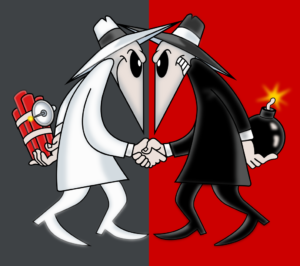 Perhaps no industry experienced the ravages of litigation more than the financial brokerage industry did, at least until 2004, as firms regularly sued one another over “breakaway brokers” who left their firms to join a competitor or “brokerage raids” for having hired away talent. Litigation became a staple in a brokerage firm’s competitive “toolbox” to keep competing firms in check.

In 2004, however, a blow for industry peace was struck when most broker dealers and wealth management firms established and signed onto the “Broker Protocol,” an agreement between firms—a financial firm armistice, if you will—which allowed brokers to change firms without fear of legal retribution. Freedom to move between firms eliminated the need for and expense of lawsuits, and while firms might have lost a broker, they just as likely might have gained some other firm’s broker, creating an equilibrium in maintaining a firm’s broker workforce.

This brokerage firm detente may be coming to an end. On October 30, 2017, Morgan Stanley, a stalwart among the major brokerage firms, announced it was leaving the Broker Protocol. Following suit, UBS announced weeks later that it too was leaving. Many believe that once major firms like Morgan Stanley and UBS abandon the Protocol, it augurs a complete collapse of the Protocol. It is hard to imagine firms will unilaterally disarm while their competitors preserve the right to lawyer up and sue whenever their brokers leave to join a competitor.

Some optimists argue that remaining a signatory to the Broker Protocol will give firms a competitive advantage in attracting brokers who do not want to be shackled by a fear their employer will sue them if they ever leave. They argue freedom of choice will drive the employment market.

Others argue that brokerages firms are withdrawing from the Broker Protocol now over regrets for ever having relinquished power to the brokers—or clients, for that matter—and that firms who remain disarmed will be seriously disadvantaged.

One thing is for sure: Morgan Stanley, UBS, and the others which follow perceive some advantage not being constrained by the Protocol. Wall Street has always been a “me-too” business, as firms regularly copy one another’s practices. Just as it was trendy to declare a brokerage firm cease-fire in 2004 when the Broker Protocol was enacted, now it seems the tide has turned as the dogs of litigation war appear ready to roar.

Byrd Campbell, a law firm which focuses on financial services litigation, actively represents firms, brokers, and financial advisors who may be affected by these developments, and it stands ready to provide legal assistance should the call to arms sound.