Byrd Campbell, P.A., has filed a lawsuit on behalf of Matt DiFebo, the former CEO of Havana Sun, alleging he was cut out of the business by Ron Rice along with several business associates.

Ron Rice, the famous “Suntan King” who founded Hawaiian Tropic lotion, died in May at age 81.

Emerging in the months after his death is a lawsuit filed by Rice’s former employee, Matt DiFebo, who accused Rice and two business associates of conspiring to cut him out of business for another line of sun care products.

“This dispute was brewing long before Mr. Rice passed away. Mr. DiFebo has not sued to smear the personal legacy of Ron Rice,” said DiFebo’s attorney, Tucker Byrd, in a statement. “But fair is fair.”

DiFebo said Rice, “his mentor and friend,” recruited him to be CEO of a new enterprise called Havana Sun. Rice named DiFebo as the CEO in 2016 and eventually gave him 9% of the company stock, according to the Volusia County lawsuit that’s seeking more than $1 million in damages.

DiFebo said he was more than just an employee and business partner.

The aging Rice “needed constant care and attention” and DiFebo said he stepped in to feed, transport and care for Rice like a son would do, the lawsuit said.

DiFebo also claimed Rice was pleased with his performance as Havana Sun’s CEO.

“Matt, we’ve only been in business for four years,” Rice said in April 2021, which was recorded at Rice’s request, the lawsuit said. “You know what I was doing in our fifth year, I was stirring (lotion) in a garbage can with a broom handle. … I want you to be a millionaire.”

But DiFebo said he was growing concerned because of two of Rice’s lifelong friends and business affiliates dating back to Hawaiian Tropic. William Jennings was Rice’s financial advisor and Wendy Holly owned a company, HavSun Florida, that distributes the company’s sun care products, the lawsuit said.

“As Mr. Rice became frailer, they began to exercise an increasing amount of sway over Mr. Rice and his company,” the lawsuit said. “When DiFebo shared these concerns with Mr. Rice and how the actions of Jennings and Holly damaged the company and impaired DiFebo’s ability to act as CEO, he became agitated. … These tensions came to a head … on Nov. 16, 2021.”

That’s when DiFebo was fired.

DiFebo turned in his company belongings and was ushered off the property. Jennings took over the operations, the lawsuit said.

Before DiFebo had been forced out, there had already been plans to form a secret business, the lawsuit claimed. 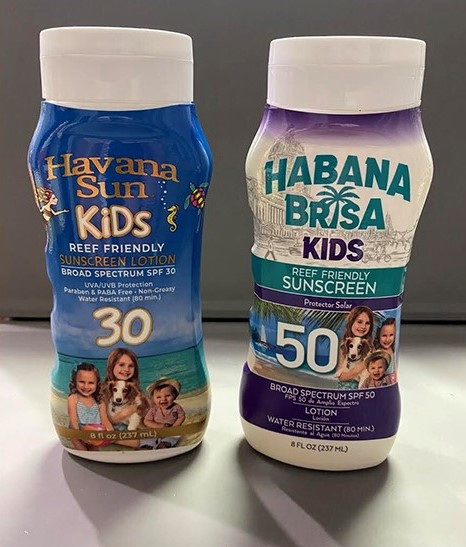 “On Oct. 29, 2021 — while DiFebo still served as Havana Sun’s CEO — Mr. Rice and Jennings had secretly formed a new Florida entity” which was eventually going to be called Ron Rice Quality Sun Care Products and sell products under the Habana Brisa brand.

The two companies were virtually identical with the same client lists, the same products, the same marketing materials and package, similar websites and relied on the same social influencers. The only difference was DiFebo no longer owned a share of this new company, according to his lawsuit suing multiple parties, including Jennings, Holly and Rice Products.

“In the months prior to Mr. Rice’s death, my client claims the sun care business (Havana Sun) which he was building with Mr. Rice was gutted through some shady tactics and transferred into the so-called ‘new’ business (Rice Products). Mr. DiFebo only claims that which rightfully belongs to him,” Byrd said.